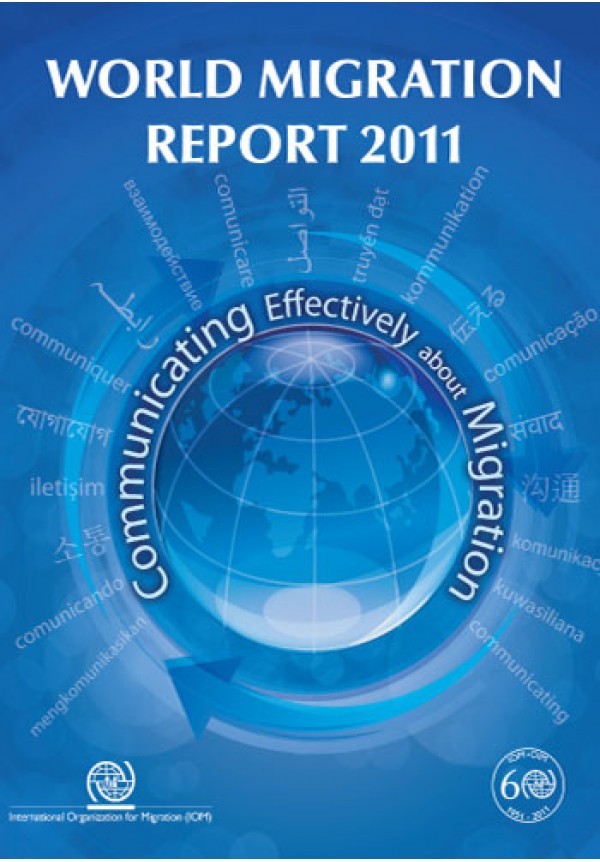 The recent global economic crisis has highlighted the resilience of migration and further confirmed that human mobility forms an integral part of our globalized world. Migration is one of the ways in which the exchange of talent, services, skills and a diversity of experience is achieved. Yet migration remains politically sensitive and governments face the difficult task of dispelling the misunderstandings surrounding it. Indeed, misinformation and misperception can trigger a vicious cycle which influences government policy, and in turn, perpetuates negative attitudes in mass media and the community at large. Policies and political discourse can therefore play a major role in shaping the image of migrants in home and host societies. Communicating effectively about migrants and migration policy to the wider public remains one of the biggest challenges governments in countries of origin and destination face.

The World Migration Report 2011 presents available evidence on public perceptions and attitudes regarding migration globally. It analyses the way in which they are shaped and how they can influence and be influenced by policy as well as the media. Furthermore, the media’s role in communicating opinions, reporting trends and framing migration discourse is analysed. Examples of good practice in communicating a positive and balanced image of migrants among government, civil society and the media are also included. Finally, the report suggests several ways to improve communication about migration in order to promote a better understanding and recognition of the benefits of migration, more evidence based policymaking and effective engagement with migrants themselves. These include: building an open, balanced and de-politicized migration discourse; promoting a new proactive debate rather than one reactive to the dominant discourse; directly addressing the publics’ issues of concern to avoid migrant scapegoating; collaborating with the media to support balanced and accurate media reporting based on available evidence; and acknowledging migrants as active communication agents who participate directly in the public debate about migration.

Part A of the World Migration Report 2011 addresses this year’s chosen theme: Communicating Effectively about Migration. It also analyses major migration trends in 2010/2011 offering an overview of developments in policy, legislation, international cooperation and dialogue on migration at the global and regional level.

In celebration of IOM’s 60th Anniversary, Part B reviews the evolution of IOM’s approach to migration management and the diversification of its programmatic activities since the end of the Cold War. It also presents a statistical overview of IOM’s programmes and projects over the last decade.