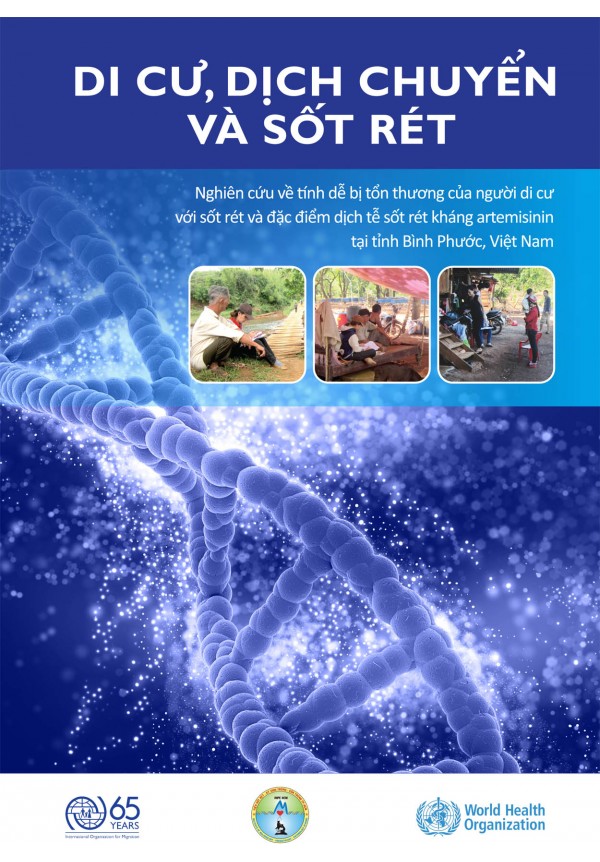 Migration, Mobility and Malaria: A Study on Migrants' Vulnerability to Malaria and Epidemiology of Artemisinin-Resistant Malaria in Binh Phuoc Province, Viet Nam (Vietnamese)

In 2015, 12.6 per cent of Viet Nam’s population lived in malaria-endemic areas. Considerable progress has been made in decreasing overall rates of malaria and malaria-related deaths. However, there are some worrying trends, with noted slower progress in reducing malaria-related admissions and deaths in 2013 and 2014. Also of concern is the increasing level of resistance to artemisinin, a key drug for combatting malaria. Despite growing awareness of the importance of including migrants and mobile populations (MMP) in malaria strategies, this group of people continues to be referred to as a “homogenous risk group”. More-so, according to the World Health Organization, not enough is known about how “population mobility shapes malaria transmission and epidemiology” (WHO, 2015).

This report highlights the findings from an empirical study on migration, mobility and malaria conducted in Binh Phuoc, Viet Nam, with financial and technical support from IOM and WHO.

Situated at the border with Cambodia, Binh Phuoc was selected as the research site on account of its high levels of both malaria and migration. The Province recorded Viet Nam’s first case of artemisinin resistance in 2009, and the highest malaria prevalence in 2015, with 1.96 cases per 1,000 population.

This report is valuable also on account of it providing important information which documents significant gaps between the different MMP groups, as well as between MMP and the local population in terms of knowledge, exposure and access to malaria treatment services.