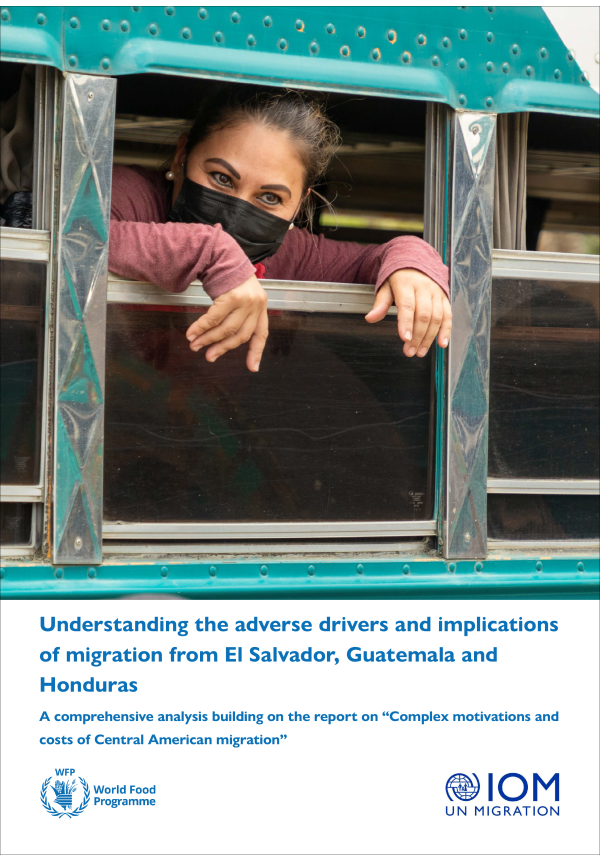 Understanding the adverse drivers and implications of migration from El Salvador, Guatemala and Honduras

Building on “Complex Costs and Motivations of Central American Migration”, a policy brief released in 2021 by WFP, MPI and MIT, this study provides comprehensive information on the multisectoral needs of households in all three countries of Northern Central America – El Salvador, Guatemala and Honduras. The study also includes in-depth analysis on the profile of households with recent international migrants and on the profile of individual migrants themselves, including their reported livelihoods and sociodemographic profile, migration trajectories, motivations, costs and other dynamics.

Additionally, the study sheds light on the potential relationship between certain living conditions in the subregion and recent international migration as well as migration intentions. The findings reveal that thousands of households continue to struggle to meet their most basic needs, often resorting to negative coping strategies in order to do so. The findings also reveal the dire economic motivations that influenced recent migrants’ decisions to leave the subregion, as well as some of the vulnerabilities they faced on their journeys.

Finally, the study reveals how migration has served as a key adaptation strategy for families across the subregion, often forming the foundation of households’ ability to survive, thanks to the opportunities found in destination countries and the power of economic remittances sent to families and communities back home. The objective of this report is to support regional and national response plans in Northern Central America and enhance the ability of governments in the region, United Nations agencies, other intergovernmental organizations, donors, development partners, civil society and additional stakeholders to understand current migration trends, as well as the complex nexus of factors influencing migration.