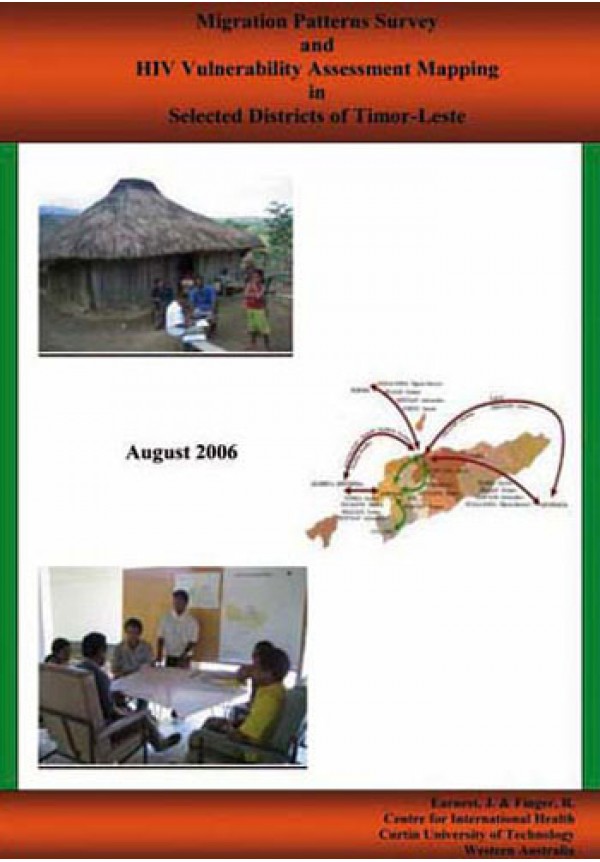 Timor-Leste, the world’s newest democracy, has extremely poor health indicators and high levels of endemic poverty. Information about migration patterns, mobility and HIV prevalence and knowledge in the country are limited. This study attempted to identify migration patterns and HIV vulnerability in 6 districts of Timor-Leste.

A household survey, using a structured questionnaire and multi-stage, random cluster sampling, was administered to 1213 households. Vulnerability Assessment Mapping (VAM) workshops with key informants were carried out in 6 of the country’s 13 districts in late 2005.

The VAM workshops revealed that there is hardly any commercial sex industry and low numbers of IDUs in Timor-Leste. Several highly mobile groups were identified by workshop participants. The study documented that HIV knowledge was extremely low amongst survey respondents. The traditional role of women, domestic violence, and a high fertility rate were identified as possible factors increasing HIV vulnerability.

Strong grassroots communities, intact family networks, comparative low levels of violence and religion act as protective and resilience factors. Cultural factors such as sex being a taboo topic and misconceptions about health, impede health promotion efforts. Movement within and out of East Timor is limited due to endemic poverty, and poor infrastructure in the country. The study recommends a co-ordinated multi-sectoral approach to health promotion and interventions and provision of comprehensive reproductive heath services closer to communities to improve the health of the population especially the most vulnerable.