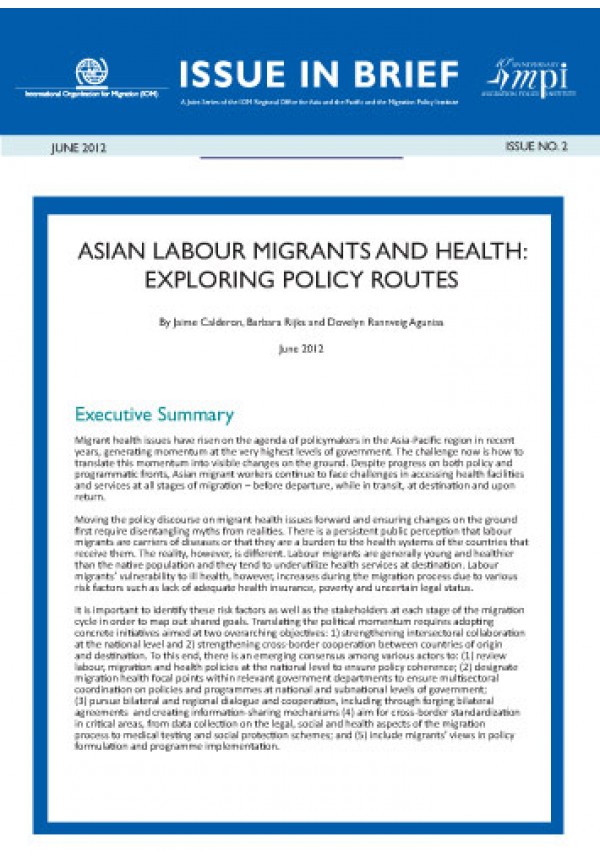 Migrant health issues have risen on the agenda of policymakers in the Asia-Pacific region in recent years. The challenge now is how to translate the momentum generated at the highest levels of government into visible change on the ground.

The brief, the second in a series launched by the International Organization for Migration (IOM) Regional Office for Asia and the Pacific and the Migration Policy Institute (MPI), identifies five sets of recommendations to move the policy discourse on migrants’ health forward. The issue brief series, which will run monthly through December, is focusing on several facets of migration in Asia: labour migration, diaspora engagement and climate-induced migration.

The issue briefs are available at IOM Online Bookstore  and at Migration Policy Institute.