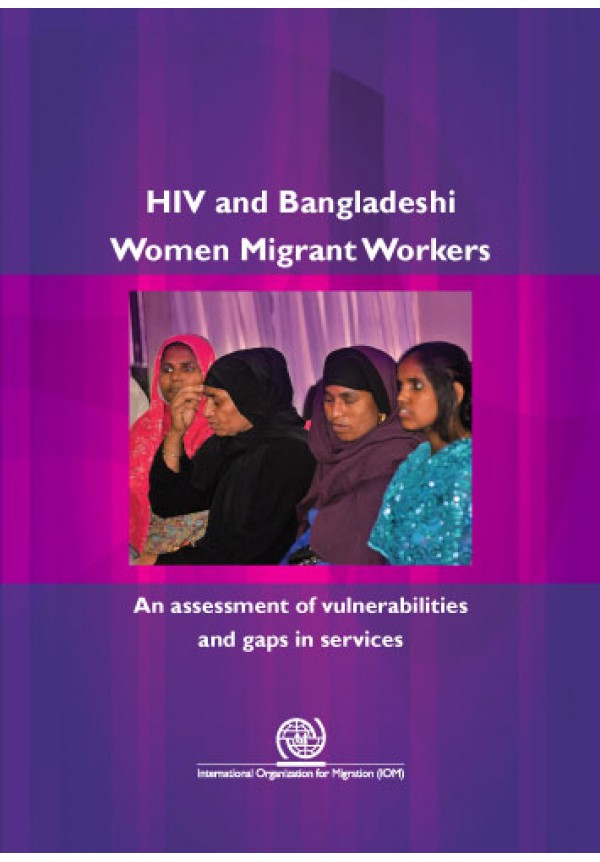 As is commonly repeated in literature, being a migrant worker does not necessarily put someone at greater risk of HIV infection; rather, HIV risk increases in response to the social, political and legal environment to which migrant workers are exposed. The common environmental challenges faced by migrant workers include being away from their social networks, changes in cultural restraints, poverty, social isolation, discrimination, powerlessness to negotiate work situations, poor access to health care and exposure to peer pressure These challenges may lead to increased participation in risky behaviours among migrant workers.

The migration of women workers from Bangladesh has rapidly risen in recent years. Between 1991 and May 2010, some 150,000 Bangladeshi women migrated to different destination countries; majority of them work as domestic workers and in household-related jobs. Existing figures do not represent the total stock of female migrants abroad, as they seem to exclude those who leave via irregular channels and thus are undocumented.

IOM Dhaka with the support of UNAIDS, commissioned this study to be conducted by Ms. Bindhya Pradhan Priesner, an independent health management research consultant. This study provides both quantitative and qualitative information that addresses the gaps of the HIV vulnerabilities and service needs of Bangladeshi women migrants.  Based on the findings of the study, specific recommendations have been made with the aim of increasing Bangladeshi women migrants’ level of knowledge and level of risk perception on STI, HIV and AIDS issues, along with necessary policy reform and programmatic interventions.

The findings of this study confirm that women migrants are placed in high-risk contexts, which are exacerbated by inadequate and inappropriate access to HIV information and health care services. The situation is made worse by the low skill, knowledge and education levels of most migrants, mandatory HIV testing that does not always conform to universal standards, the limitations of recruitment agencies to assist in preparing migrant workers, and the lack of a regulatory framework or administrative and judicial measures to prevent and prosecute exploitation and abuse in migration processes. The working and living conditions of migrant workers, especially women domestic workers, leave much to be desired. Women migrant workers seem to be subjected to exploitation, physical abuse, sexual violence, maltreatment and labour rights violations, such as contract substitution and non-payment of wages.

This study provides a good basis for initiating further research and discussion on issues concerning migration health in general – and migration and HIV/AIDS in particular – for government policymakers and other stakeholders involved in the process of making migration safe and beneficial for all.