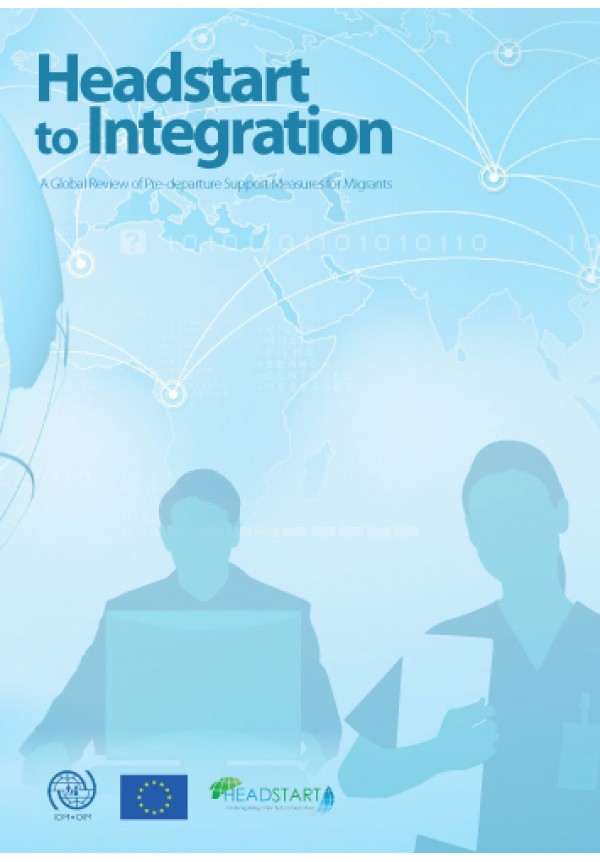 A Global Review of Pre-departure Support Measures for Migrants

While approaches to facilitating migrant integration vary by country and region, there is an increasing recognition that some groundwork for integration can be laid in the countries of origin before the departure of migrants. Various actors can offer assistance to migrants in the countries of origin prior to migration, by providing information about life in the new country, assisting in the development of language and vocational skills, initiating the process of recognition of qualifications and, in some cases, matching interested job-seekers with employers in the host country. Such support can be offered to both potential migrants and those who already have immigration paperwork completed, including labour migrants, family members, students and refugees awaiting resettlement. At the same time, for a country of destination, support offered already in the country of origin can serve as a tool to make sure that migrants find their place in the labour market, use legal means to enter the country and as a consequence are better integrated into the host society.

The aim of this report is to establish promising practices in pre-departure integration support for immigrants with a particular focus on promoting early labour market inclusion in line with the migrants’ level of qualifications and competences. The study also examined the services that assist migrants to find their way in a new country and become part of a new community, with a focus on practices relevant for integration of immigrants entering the countries of destination for the purposes of work, family reunification and studies, as implemented by a range of public and private actors. To achieve this, the analysis classifies these practices and approaches drawing on global evidence and with a focus on the European Neighbourhood countries, Western Balkans and Turkey. Based on the information collected, common denominators, factors of success or failure, the structure of such measures and their link with the post-arrival phase are analysed.

This publication has been produced within the framework of the project “HEADSTART: Fostering Integration Before Departure” managed by the International Organization for Migration (IOM), in partnership with the World Association of Public Employment Services (WAPES) and authorities in charge of integration issues in Austria, the Czech Republic, Germany, Hungary, Italy, the Netherlands, Portugal and Slovakia, and co-financed by the European Union Integration Fund, Ministries of Interior of Italy and Austria and the Central Agency for the Reception of Asylum Seekers in the Netherlands (COA).