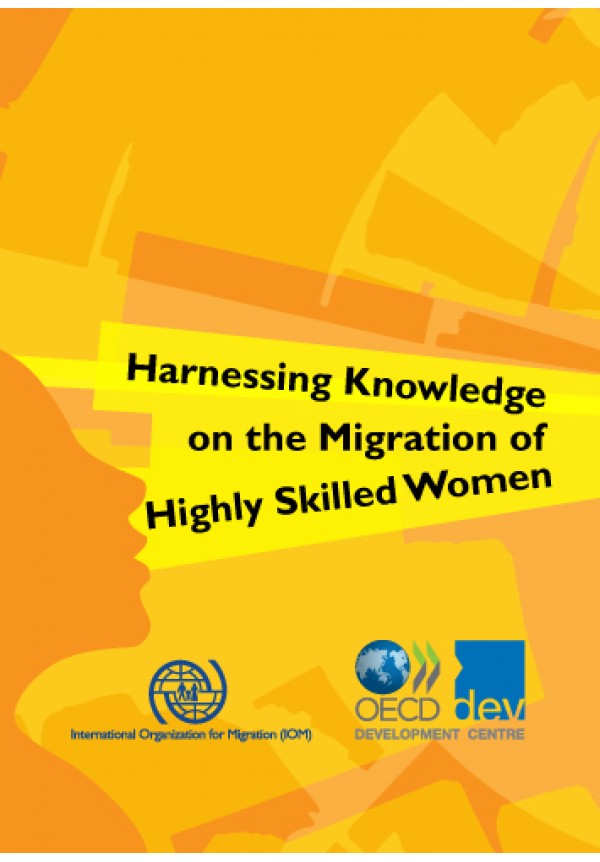 Harnessing Knowledge on the Migration of Highly Skilled Women

This summary report of an expert meeting between IOM and the OECD Development Centre, organized in April 2014, aims to promote greater dialogue with and raise awareness among key researchers. While the report is not exhaustive, it can serve as a useful point of departure for identifying and addressing research gaps related to the challenges and opportunities presented by the migration of highly skilled women.

Despite their significant level of social and human capital, highly skilled migrant women remain underrepresented among economic migrants. While some of these women migrate independently, most are pushed to do so by a combination of economic, institutional and personal factors, including reasons related to marriage, family reunification or accompaniment, and international protection.

Many migration policies targeting the highly skilled are inadequate as regards their level of gender sensitivity. Admission programmes, for example, are often biased towards occupations that are traditionally held by men.

In destination countries, a major integration challenge faced by highly skilled migrant women is persistent unemployment (and therefore general deskilling), despite the increased emphasis on educational attainment in the migration selection policies of many States. A better system for assessing educational credentials – alongside gender-specific support programmes that can facilitate women’s entry into the labour market, such as day cares – is a way to begin addressing this issue.

While migrants are a potential source of change and development for their home countries, highly skilled women are often less likely than men to return to their home countries due to factors such as reintegration obstacles in their origin countries and the negative environments to which they seek to return. There is thus a need to foster diaspora networks, with a view to promoting the engagement of female migrants in the development of origin countries, particularly through the transfer of social and human capital. At the same time, there is little evidence on the usefulness of remittances sent, or of social and human capital brought back by highly skilled migrant women to their home countries.

Continuing dialogue on the global governance of highly skilled migration – along with the involvement of more actors in migration-related policymaking – is critical in identifying issues and fostering cooperation around international migration. Furthermore, employers, who have shown a growing interest in migration policies and programmes, have a crucial role in enabling and harnessing the potential of highly skilled women through their unique capacity to foster a labour market environment in which diversity, meritocracy and equal opportunity are promoted.