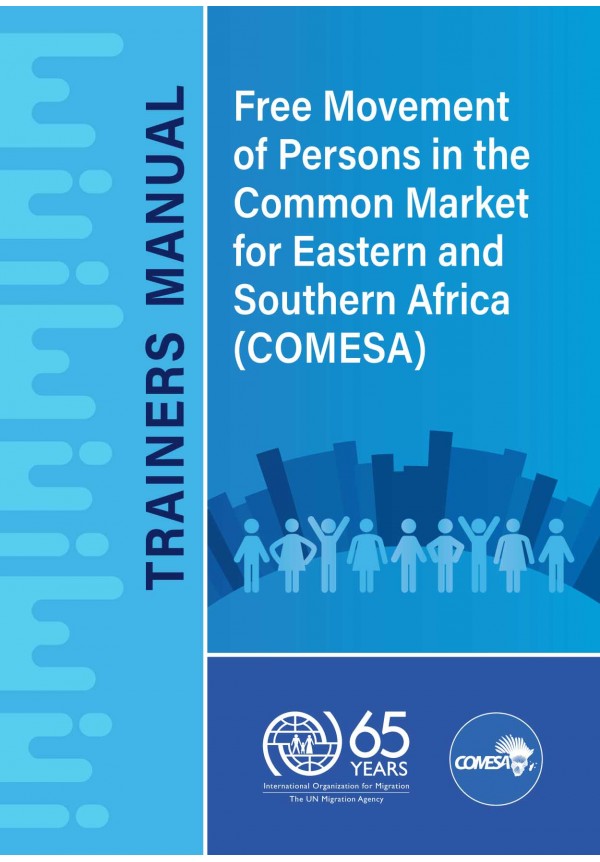 The Common Market for Eastern and Southern Africa (COMESA) Secretariat, with support from the International Organization for Migration (IOM), is supporting COMESA Member States to move towards the full implementation of the COMESA Protocol on the Gradual Relaxation and Eventual Elimination of Visas (COMESA Visa Protocol), as well as the mobilization of requisite signatures and ratifications for the entry into force of the Protocol on the Free Movement of Persons, Labour, Services, Right of Establishment and Residence (Free Movement Protocol). As stipulated in the COMESA Free Movement Protocol, “a genuine Common Market shall be achieved only when the citizens of Member States can move freely within the Common Market.” However, little progress has been made on its signature and ratification, and only four of COMESA’s 19 Member States have signed the Free Movement Protocol, including its implementation.

This Manual has been developed to assist with the task of building the capacity of the COMESA Secretariat and COMESA Member States. Its objective is to improve, in particular, the knowledge and understanding of National Focal Points and National Monitoring Committees on the COMESA Free Movement Agenda, who will lead effective coordination among concerned stakeholders. In addition to this, it is to be used by practitioners and policymakers from Immigration, Trade, Labour and other relevant ministries and departments, as well as all concerned stakeholders, with reference to the full implementation of the Visa Protocol and thereafter the entry into force of the COMESA Free Movement Protocol.