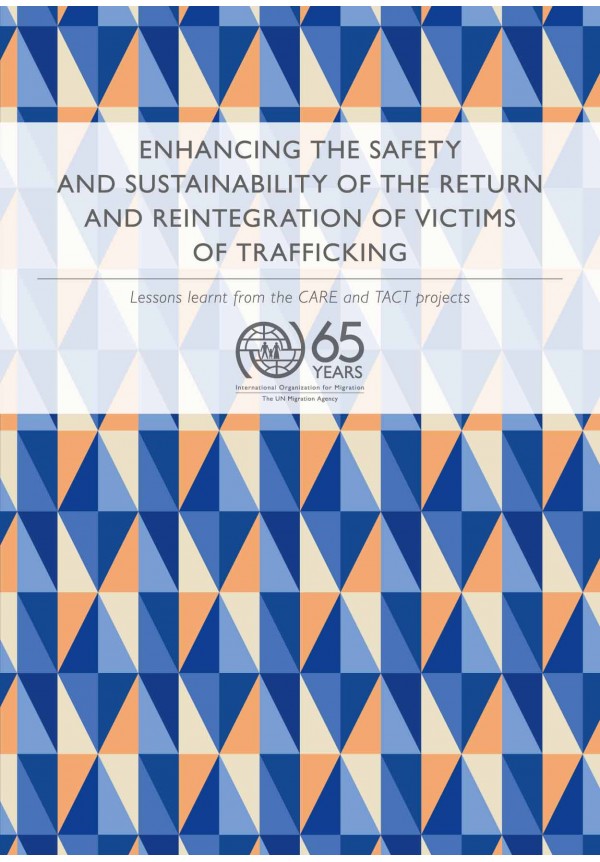 This report follows on from the implementation of two distinct but complementary European Union-funded projects implemented by the International Organization for Migration (IOM): Coordinated Approach for the REintegration of victims of trafficking returning voluntarily to any third country (CARE project) and Transnational ACtion – Safe and sustainable return and reintegration for victims of Trafficking returning voluntarily to priority countries: Albania, Morocco and Ukraine (TACT project).

The two projects involved a total of nine European Union Member States – Austria, Cyprus, France, Greece, Italy, Poland, Portugal, Spain and the United Kingdom – committed to improving the return and reintegration programmes available for victims of trafficking, in order to make the process safer and more sustainable, as well as reduce the risks of re-trafficking. Bearing this objective in mind, IOM endeavoured through the implementation of both projects to develop, implement and fine-tune standard operating procedures for the return and reintegration of victims of trafficking, ensuring a continuum of care.