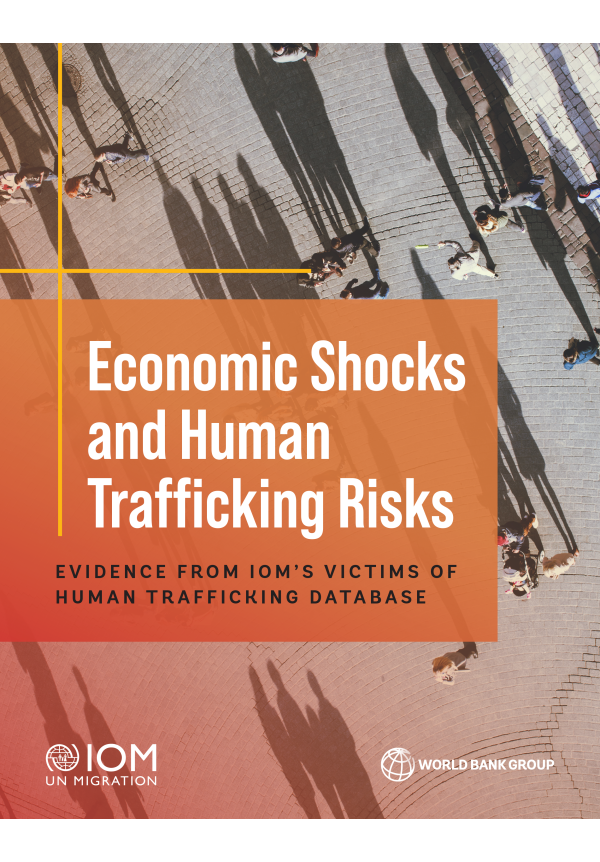 This publication has been issued without formal editing by IOM.

The country names follow the World Bank Corporate Secretariat convention and may not be in compliance with IOM's convention for country and territory names.

Human trafficking is a violation of fundamental human rights and is linked to a range of core development issues, including poverty and vulnerability, gender and racial inequality, and gender-based violence. The Sustainable Development Goals include a target to end modern slavery and human trafficking by the year 2030. Human trafficking is a multifaceted crime that involves many perpetrators, routes, sectors, victims, and forms of exploitation. The complexity and hidden nature of human trafficking crimes makes the practice harder to measure, to identify long-term trends, and to determine the impact of anti-trafficking initiatives.

To gain a better understanding of the drivers of human trafficking, this report analyzes a unique microlevel trafficked victims’ database compiled and updated by IOM. The report tries to answer two key analytical questions: First, do economic shocks increase detected human trafficking cases from and within countries of origin? Second, can good institutions—ones that can enable adherence to the rule of law and the provision of access to justice or anti-trafficking measures in particular—and social assistance moderate the possible negative effects of economic shocks on trafficking cases in origin countries?

The analysis verifies that economic shocks are significant risk factors that increase vulnerability to human trafficking. In origin countries, economic vulnerabilities—especially those caused by global commodity price shocks— are strongly positively correlated with observed cases of trafficking. For instance, the economic shock produced by a typical decrease in export commodity prices is associated with an increase in the number of detected victims of trafficking of around 12 percent. On the other side, the analysis suggests that good governance institutions and particularly a commitment to the rule of law and access to justice as well as stricter antitrafficking policies and social assistance can have a limiting effect on the number of observed cases of trafficking following economic  shocks.