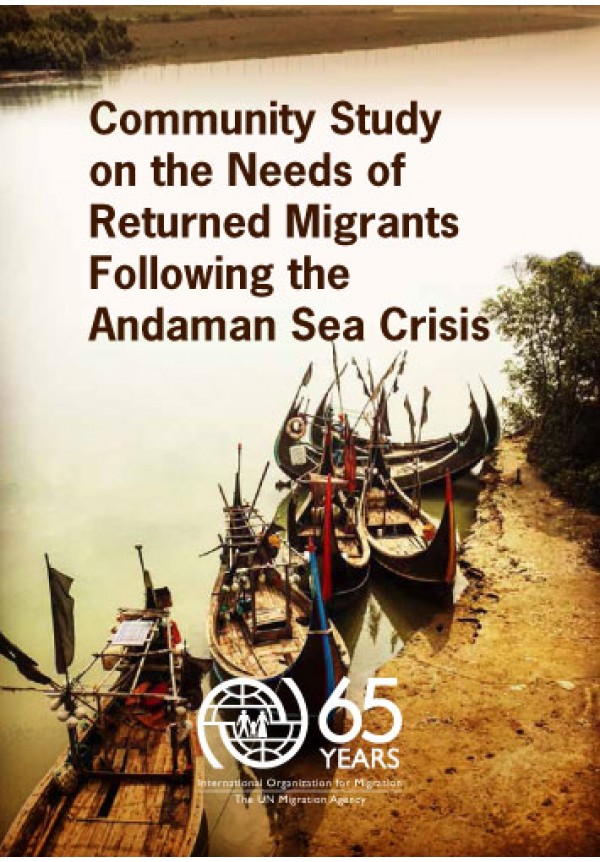 Following the Andaman Sea Crisis of May‒June 2015, the International Organization for Migration (IOM) in Bangladesh conducted a community-based study to understand the push factors influencing migrants to travel through irregular channels and the challenges experienced by migrants upon returning to Bangladesh. The study aimed to build the evidence base regarding the needs of returning migrants to inform the development of more effective migrant reintegration practices.

Since early 2015, IOM has worked with the Government of Bangladesh to assist migrants who had been stranded or detained in Indonesia, Malaysia, Myanmar and Thailand during the Andaman Sea Crisis to return home. As of June 2016, this successful collaboration enabled 2,813 survivors, including 183 children, to return voluntarily to Bangladesh in a safe and dignified manner. As many migrants experienced physical and sexual violence and starvation during the crisis, IOM has also provided psychosocial support to around 2,000 migrants upon return. Many, however, continue to suffer from debilitating health conditions that limit their ability to work, many are in debt as a result of their migration experiences, and some are now financially destitute. There is an urgent need for a more comprehensive approach to support the sustainable reintegration of migrants into their home communities following the crisis.

The study draws on a combination of in-depth interviews and analysis of survey data collected by IOM. The survey data is based on a simple questionnaire administered to 2,813 migrants upon return to Bangladesh. It captures demographic data, key features of the migration experience, as well as returning migrants’ future intentions and aspirations regarding migration and other livelihood opportunities. To complement the survey findings with qualitative insights about the process of reintegration, in-depth interviews were conducted with 22 migrants in two districts of Bangladesh where the highest numbers of migrants involved in the Andaman Sea Crisis originated (Cox’s Bazar and Narsingdi). These additional interviews were conducted around four to six months following their return to Bangladesh. The study concentrates on the experiences of Bangladeshi migrants who were involved in the Andaman Sea Crisis, as this is the group that have been assisted to return to Bangladesh by IOM.

The research has been undertaken to inform new initiatives aimed at supporting the sustainable reintegration for returning migrants, building the resilience of individuals and their home communities, and promoting safe migration pathways.