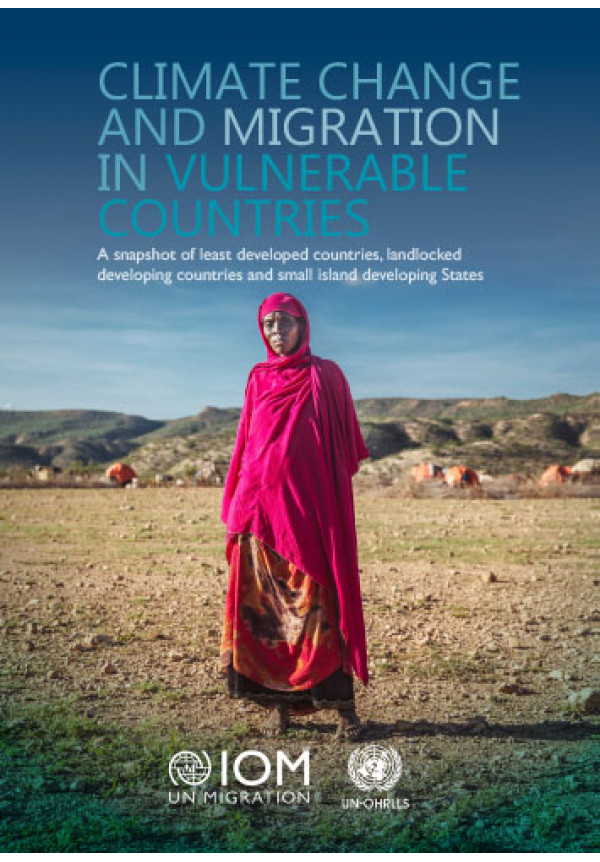 The least developed countries (LDCs), landlocked developing countries (LLDCs) and small island developing States (SIDS) are among the most vulnerable groups of countries in the world. They are disproportionately affected by the negative impacts of climate change due to their structural constraints and geographical disadvantage. In 2016, 13 out of the 15 countries with the highest vulnerability to natural hazards were from the LDCs, LLDCs and SIDS groups.

The migration and climate change nexus is present across all three groups of countries. The programmes of action of LDCs, LLDCs and SIDS, namely the Istanbul Programme of Action, the Vienna Programme of Action and the SAMOA Pathway, point out the vulnerability of these countries to external shocks, including climate change, and recognize the role of migrants in the development of their communities through remittances, as well as transfer of skills and knowledge.

This paper aims to inform policymakers of the complex dynamics of climate-induced migration in LDCs, LLDCs and SIDS. It provides an overview of the migration and climate change nexus in each group of countries and proposes ways forward to address it.