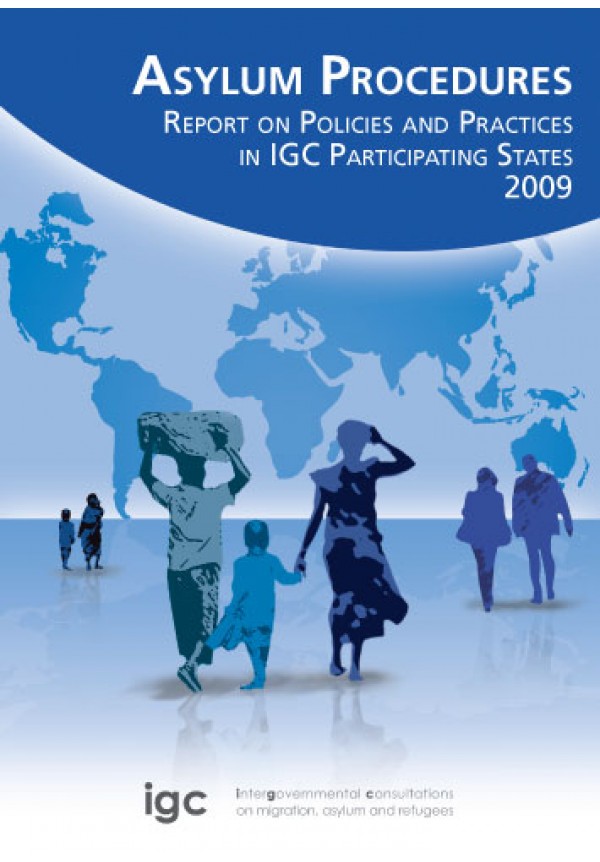 The Asylum Procedures: Report on Policies and Practices in IGC States is the fruit of a collaborative effort between government officials and the IGC Secretariat to write an authoritative description of the procedure for receiving and processing asylum applications in the 17 States which take part in the IGC (13 European States, Australia, New Zealand, Canada and the United States). Altogether, these countries received some 280,000 asylum claims in 2008.

In the report, country chapters follow a standardised sequence to allow for easy comparison and chart the process for determining refugee status, from the point of application to the time the claim is resolved.

Information on pre-entry measures, decision-making, reception, integration and return is also presented. Each chapter is further supplemented by statistical data on asylum applications and relevant extracts of domestic legislation.

More generally, the Asylum Procedures report highlights important procedural developments since 1997 including work towards the establishment of a common asylum system in the European Union and greater efforts at practical cooperation and information exchange among receiving countries.