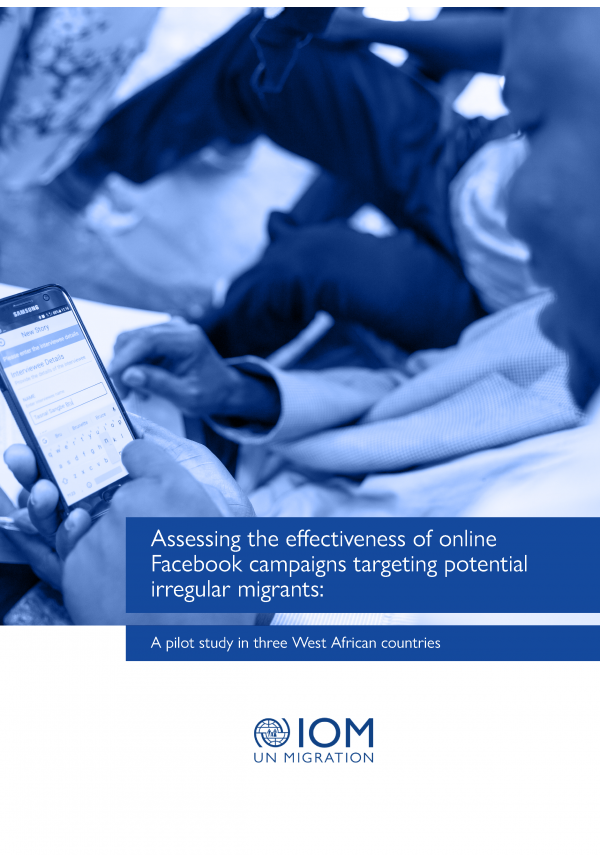 Studies have shown that many irregular migrants embark on journeys without accurate or complete information about migration. In response to this, IOM and other organizations run information campaigns intended to educate potential migrants of the dangers associated with irregular migration and to facilitate sound decision-making. The use of online social media platforms for these campaigns has become increasingly popular in recent years, due to their potential to reach millions of people quickly and at low cost.

Effectiveness was defined as the degree to which targeted audiences engaged with the campaign content through clicks, views, likes, shares and comments. One phase of the split tests included an online survey to validate whether the engaged audience indeed represented potential migrants. The results show that while Facebook ad campaigns can reach many people quickly, large audience sizes and relatively cheap costs do come with a trade-off.

The impact of an information campaign on potential migrants’ perceptions, attitudes, knowledge and behaviour remains largely unknown because many Facebook users that engage with said campaign do not necessarily fit the intended target group. Whether the intended target group is truly reached can be confirmed only through surveys, which have low response rates. Furthermore, it is not possible to interview the same Facebook users several times to track changes in their perceptions. Engagement metrics like post reactions, link clicks or video plays can be useful indicators. However, these low-engagement metrics do not offer clear evidence of the short- or long-term effects of the campaign on Facebook users.

The relative cost advantage of online campaigns over in-person awareness-raising activities shrinks when considering only those active online users who likely represent the intended target group. Meanwhile, the advantage of offline campaigns over online methods is that implementers have more control and information about who attends the activities or who is exposed to the campaign content. Lastly, the effectiveness of online campaigns varies largely by audience, local context and post characteristics. Campaign and social media teams are well advised to conduct pilot tests before scaling up activities. Pilot tests can inform a customized approach for each online activity on Facebook – and thereby maximize impact. In addition to A/B tests, lift tests may also offer a useful opportunity to analyse the impact of Facebook posts.