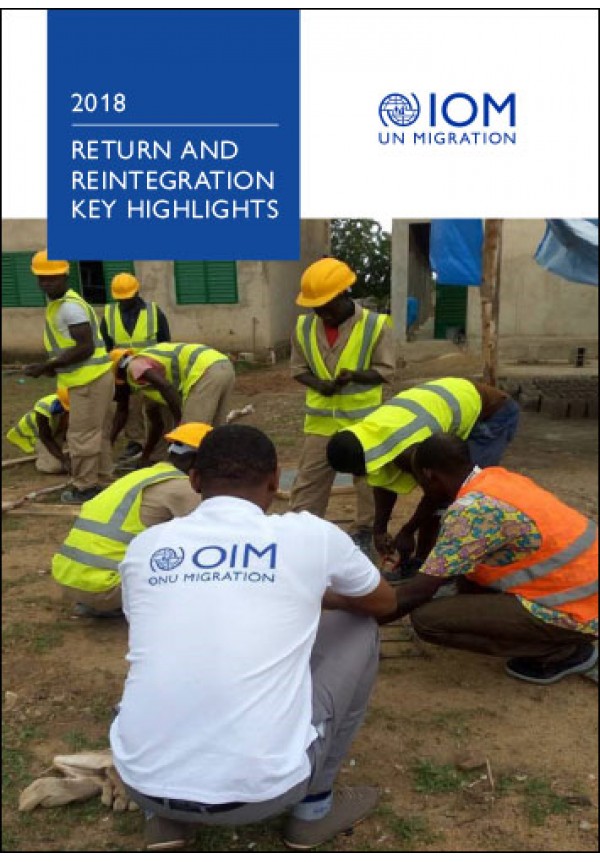 The International Organization for Migration’s (IOM) 2018 Return and Reintegration Key Highlights presents an overview of the Organization’s core initiatives to assist migrants who are unwilling or unable to stay in their host countries or in returning voluntarily to their countries of origin. This report simultaneously provides trends and figures on the number of migrants supported by IOM in both returning to and reintegrating into their communities, while indicating the leading host/transit countries and countries of origin over the past year.

Now in its 41st year, IOM’s Assisted Voluntary Return and Reintegration (AVRR) programmes remain essential to the Organization’s mission. Since its implementation in 1979, AVRR programmes provided support to over 1.7 million people. Case in point, in 2018 alone, a total of 63,316 migrants were assisted by IOM in returning home through these initiatives.

As shown in this report, the previous year witnessed an increase in assisted voluntary returns from regions outside the European Economic Area and Switzerland, particularly in West and Central Africa, as well as an increase in the caseload of migrants in vulnerable situations assisted worldwide.