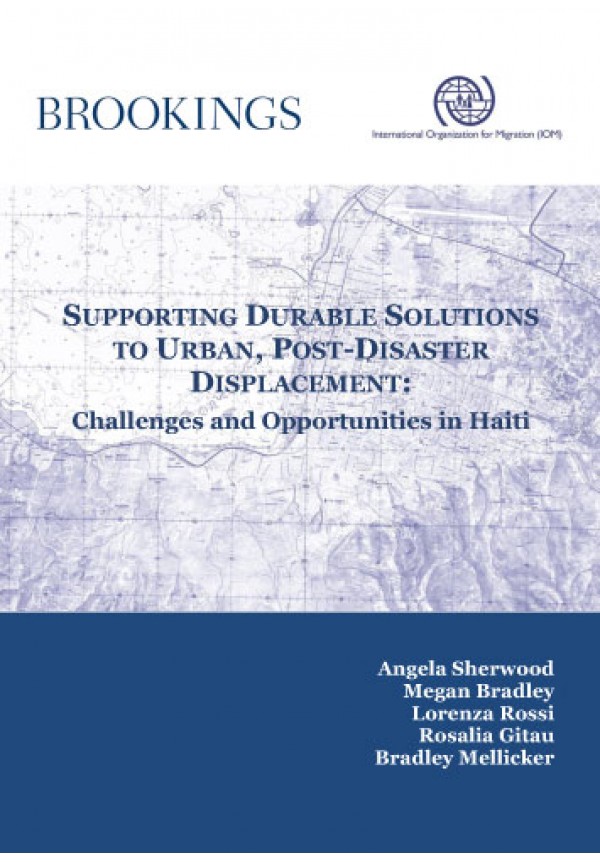 Challenges and Opportunities in Haiti

The earthquake that struck Haiti on 12 January 2010 sparked a massive displacement crisis in Port-au-Prince and the surrounding metropolitan area, home to an estimated 2.8 million residents at the time. At the peak of the crisis, over 1,500 camps sheltering 1.5 million internally displaced persons (IDPs) were scattered across Port-au-Prince and surrounding regions. In addition, thousands of IDPs sought shelter with friends and family. Four years later, approximately 147,000 IDPs remain in 271 camps. While these declines are dramatic, it is difficult to determine the extent to which those uprooted by the earthquake have been able to access truly durable solutions to their displacement, and what should be done to support solutions for those who are still displaced.

Using the 2010 IASC Framework on Durable Solutions for Internally Displaced Persons as the main point of reference, this study examines the question of durable solutions to displacement in Port-au-Prince, recognizing that the challenges faced in Haiti may be a source of insight for responses to other urban, post-disaster displacement crises—which are expected to become more common in the future. The study draws on the results of focus groups in camps and communities, site visits, in-depth interviews, and a survey of 2,576 households (outside camps) in Port-au-Prince. 49.5 per cent of respondent households indicated that they had to leave their homes because of the earthquake; 50.5 per cent indicated that they were not displaced by the disaster. Of those who were displaced in 2010, 74 per cent continue to identify themselves as displaced, even though they were not currently residents in a camp, underscoring that durable solutions to displacement are about more than closing camps, and the long-term nature of the challenge of rebuilding “home” in the aftermath of disaster.