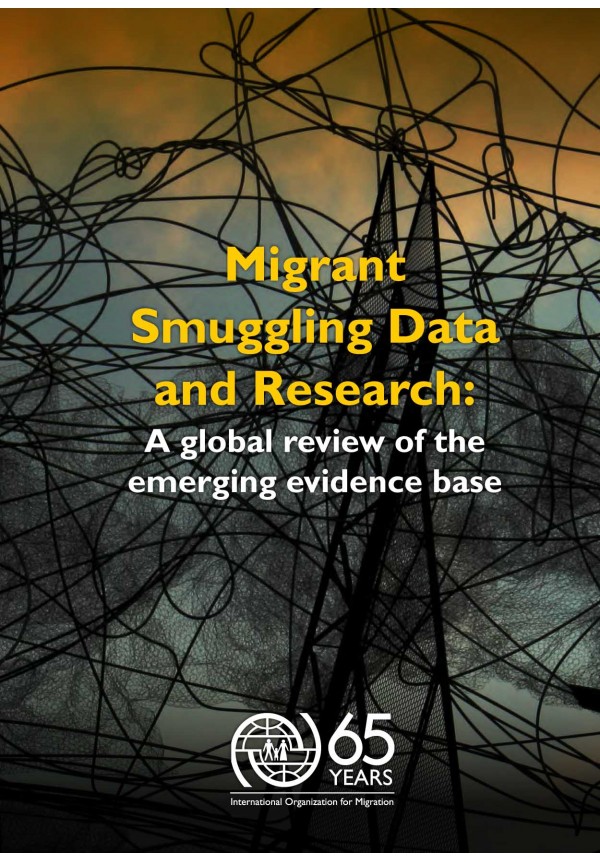 Migrant Smuggling Data and Research: A global review of the emerging evidence base

Migrant Smuggling Data and Research: A global review of the emerging evidence base presents a unique review of what is being collected and what can be done to further build the evidence base on migrant smuggling globally. The report is the result of a collaboration between the International Organization for Migration and researchers from a range of backgrounds and academic disciplines, and supported by the Government of Turkey.

The report shows that important research has been undertaken on the transnational crime aspects of migrant smuggling, including on routes, smuggling organization (such as criminal networking and facilitation), smuggler profiles and fees/payment. Likewise, there is an emerging academic literature on migrant smuggling, particularly the economic and social processes involved in smuggling, which has largely been based on small-scale qualitative research, mostly undertaken by early career researchers. Contributions from private research companies, as well as investigative journalists, have provided useful insights in some regions, helping to shed light on smuggling practices. There remains, however, sizeable gaps in migration policy research and data, particularly in relation to migration patterns and processes linked to migrant smuggling, including its impact on migrants (particularly vulnerability, abuse and exploitation), as well as its impact on irregular migration flows (such as increasing scale, diversity and changes in geography). Addressing these systemic and regional gaps in data and research would help deepen understanding of the smuggling phenomenon, and provide further insights into how responses can be formulated that better protect migrants while enhancing States’ abilities to manage orderly migration.