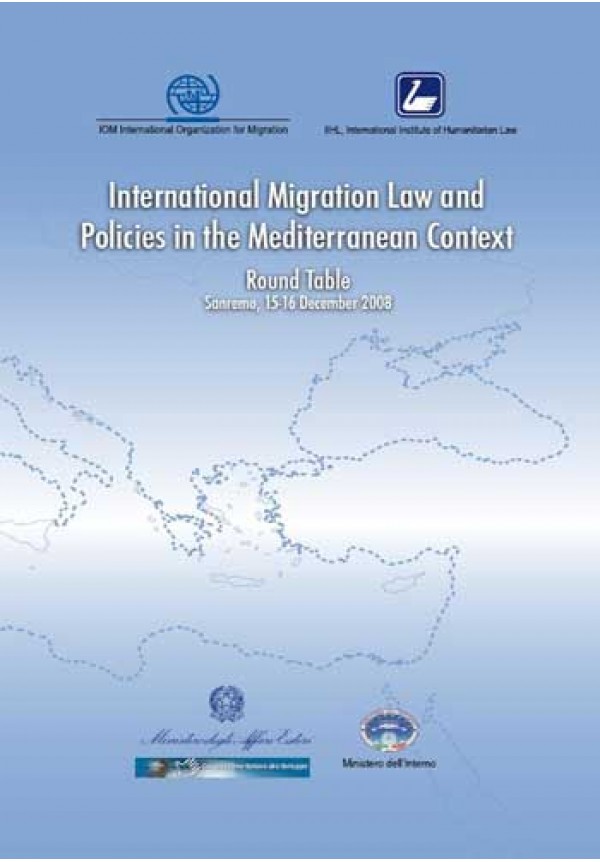 International Migration Law and Policies in the Mediterranean Context

This publication is the outcome of the Round Table organized by the International Institute of Humanitarian Law and IOM, in Sanremo in December 2008.The report, written in the original language of the authors and participants, covers specific issues such as trafficking and smuggling, migration and international security, refugees and asylum-seekers, migrant workers, multilateral cooperation. Throughout the contributions and debates, migration has been addressed from both the legal and policy perspectives.

The Mediterranean basin, a traditional crossroad of cultures, religions and societies, is going through major, multifaceted changes: this can be seen from politics, to economics, to interstate relations. It is acknowledged that migration has always existed and its largely positive effects in the framework of balanced and sustainable development should not be under-estimated. At the same time, the geopolitical landscape has considerably changed during the last decades and population movements have played, and still play, an important role in these changes. Migration has to be addressed in the framework of concerted regional attention and cooperation, in a spirit of shared responsibility among states of origin, transit and destination.