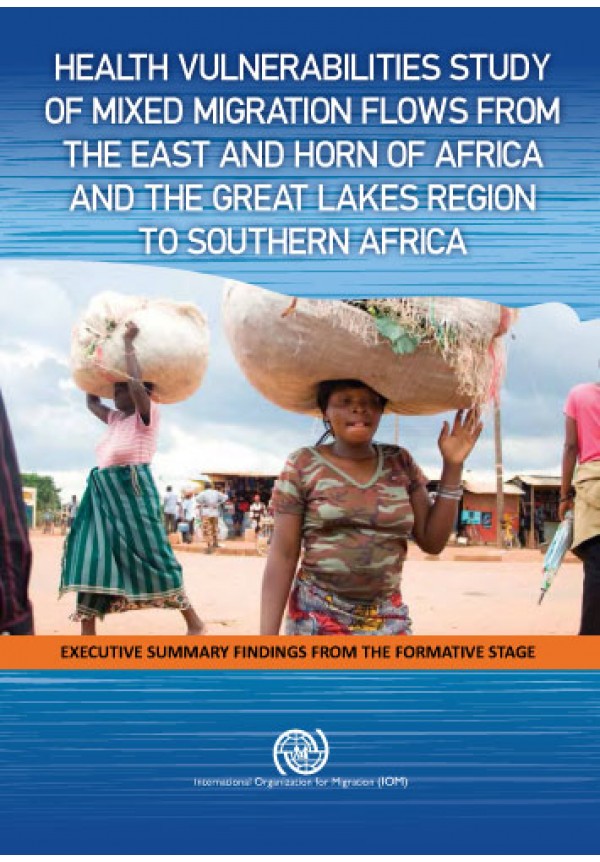 The study investigated and analysed Health Vulnerabilities of mixed migration flows from the Democratic Republic of the Congo (DRC), Ethiopia and Somalia en route to Southern Africa. The main aim of the study was to generate data that responds to the policy needs of mixed migration flows between the concerned regions and to improve the health conditions of migrants throughout the process.

In addition the study sought to collect further data and update the findings of the 2009 IOM study, “In Pursuit of the Southern Dream,” which assessed the trafficking of men and boys from Eastern Africa to Southern Africa, focusing on populations migrating from Ethiopia, Kenya and Somalia.

The findings from the initial stage looked at the mixed migrants population demographics, evolving gender dynamics, push and pull factors, the route and means of transportation, estimated numbers, modus operandi of smugglers, types of abuse and exploitation faced by migrants as well as health and protection issues in transit and destination countries among others.