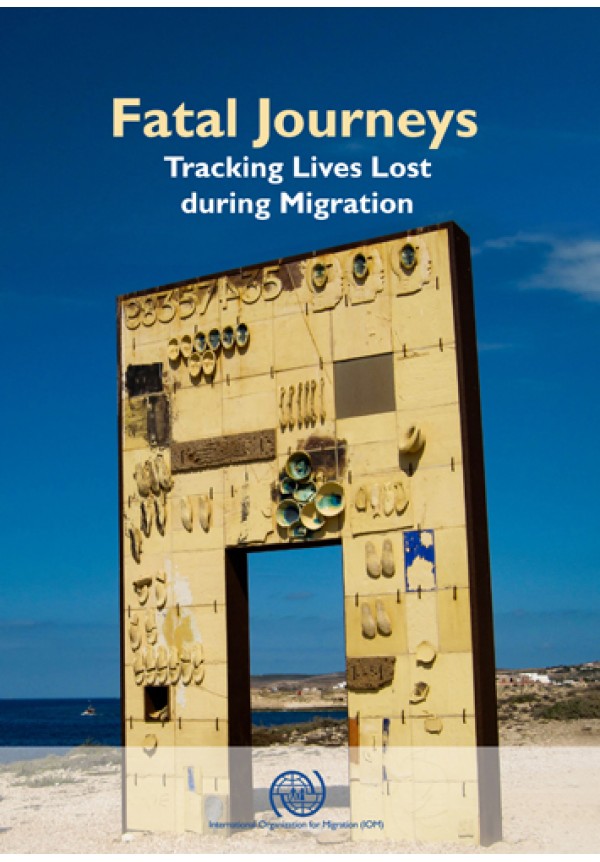 In October 2013, over 400 people lost their lives in two shipwrecks close to the Italian island of Lampedusa. While these two events were highly publicized, sadly they are not isolated incidents; the International Organization for Migration (IOM) estimates that in 2013 and 2014 nearly 6,500 migrants lost their lives in border regions around the world. Because many deaths occur in remote areas and are never reported, counts of deaths fail to capture the full number of lives lost.

Despite recognition that actions must be taken to stop more unnecessary deaths, as yet there remains very little information on the scale of the problem. The vast majority of governments do not publish numbers of deaths, and counting lives lost is largely left to civil society and the media. Drawing upon data from a wide range of sources from different regions of the world, Fatal Journeys: Tracking Lives Lost during Migration investigates how border-related deaths are documented, who is documenting them, and what can be done to improve the evidence base to encourage informed accountability, policy and practice.

Regionally focused chapters present most recent statistics and address a number of key questions regarding how migrant border-related deaths are enumerated. Chapters address: migration routes through Central America to the United States, with a focus on the United States–Mexico border region; the southern European Union bordering the Mediterranean; routes from sub-Saharan Africa to North Africa; routes taken by migrants emigrating from the Horn of Africa towards the Gulf or Southern Africa; and the waters surrounding Australia.

Numbers have the power to capture attention, and while counts of border-related deaths will always be estimates, they serve to make concrete something which has been left vague and ill-defined. In a way, through counting, deaths too often invisible are given existence. More complete data can not only serve to highlight the extent of what is taking place, but is also crucial in guiding effective policy response.