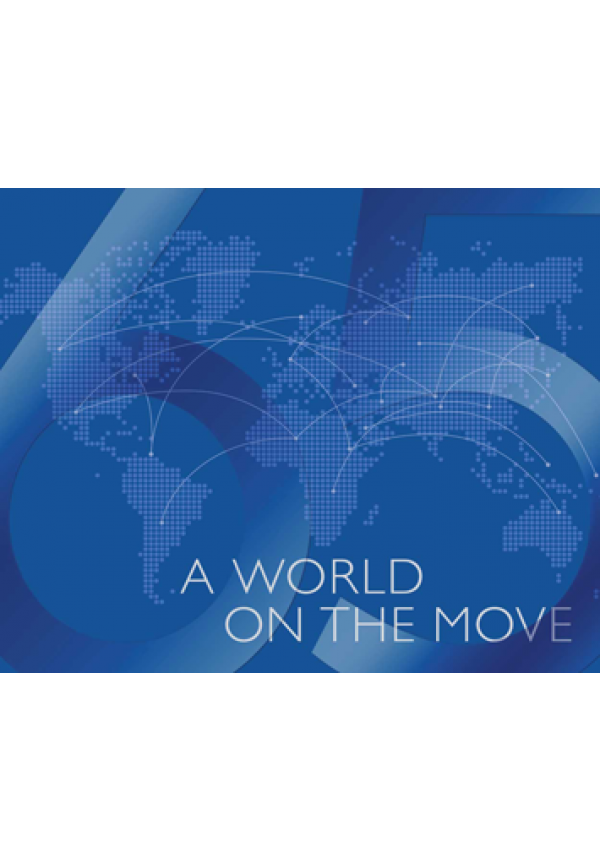 IOM rose from the ashes of World War Two 65 years ago. In the battle-scarred continent of Europe, no government alone could help survivors who wanted no more than an opportunity to resume their lives in freedom and with dignity. The first incarnation of IOM was created to resettle refugees during this post-war period.

IOM quickly grew from a focus on migrant and refugee resettlement to become the world’s leading intergovernmental organization dedicated to the well-being, safety and engagement of migrants.

Over the years, IOM has grown into 166 Member States. Its global presence has expanded to over 400 field locations. With over 90 percent of its staff deployed in the field, IOM has become a lead responder to the world’s worst humanitarian emergencies.

Today, one in every seven people is a migrant – be it a refugee, a student, a migrant worker or a professional who moves between international postings.

Today, as we look forward to the future, we continue to uphold the beliefs that brought us into being 65 years ago: that migration builds resilience and that migrants are agents of change and development.