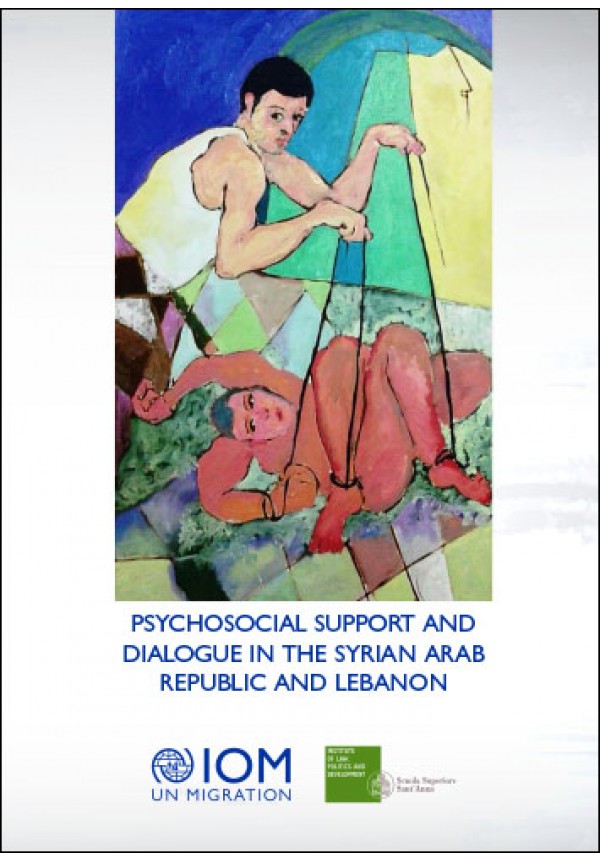 Psychosocial Support and Dialogue in the Syrian Arab Republic and Lebanon

Following a series of consultative workshops held in Damascus in 2012, the International Organization for Migration began to implement its psychosocial support activities in the Syrian Arab Republic with a programme focused on capacity-building and support of national psychosocial practitioners and humanitarian responders, who were often operating without the necessary capacity.

The programme, funded by the Italian Cooperation, envisaged different training paths for psychosocial professionals in the Syrian Arab Republic. Among these was a one-year Executive Master’s programme in Psychosocial Support and Dialogue, designed in collaboration with the Lebanese University.

Over 40 students submitted reports of their guided fieldwork, which were analysed by a group of experts appointed by the Sant’Anna School of Advanced Studies in Pisa. In each chapter of this resulting publication, the three authors elaborate a critical review of the theses, aiming to assess the effectiveness and challenges characterizing the different approaches described with specific reference to the geographical and social contexts of the Syrian Arab Republic and Lebanon. The findings of the three chapters will allow practitioners and scholars working in relevant fields to benefit from the critical analysis built by the expert authors, while adding value to the information and data collected through the master’s students’ fieldwork in areas that continue to be of difficult access for researchers.