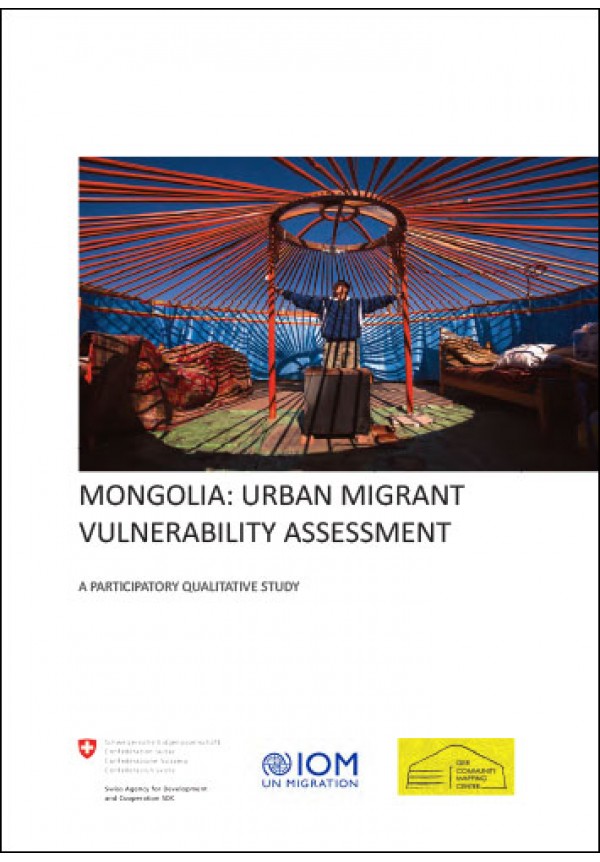 Urban migrant vulnerability is found to be linked with three main factors, which include an individual's personal background, contextual vulnerability such as living area and access to urban services, and the lack of officially designated government services for urban migrants.

These factors result in varying degrees of vulnerability for urban migrants and each experience is unique. However, this qualitative study sheds light on the common challenges that Mongolian urban migrants face in the capital city of Ulaanbaatar.

The migration ban was introduced in 2017 and was extended in 2018 by the Governor of Ulaanbaatar to 2020. This was to ensure the residents of the capital city are able to live in a healthy and safe environment, and free from the risk of pollution and disruption in environment balance. This decision could have had an overarching impact on the quality of life of the unregistered urban migrants. The disadvantages resulting from the lack of official resident status in the capital city prevents access to basic urban services such as information at the khoroo, schools and kindergarten, health and social welfare services. Furthermore, urban migrants have difficulty in securing stable employment due to the lack of registration as a city resident.

The study identified that the main impacts of existing vulnerabilities on urban migrants include challenges finding accommodation, along with land in the case of the ger areas, employment, access to urban services, financial disadvantage, information access, and social and familial conflicts.

Tangible service improvements could be made to reduce the negative impacts of urban migration on internal urban migrants. These include government services tailored to the needs of urban migrants, including information access channels, inclusive service provision at the local administration level, and easy-to-access land ownership database to prevent fraudulent land sales and scamming.

Tied in with the lack of government services targeting urban migrants, resources are limited at the different administrative levels of the city, particularly at the khoroos, to accommodate urban migrants. Finally, the migration ban could be lifted to improve rural-urban migration registry and enable better socio-economic opportunities for urban migrants.