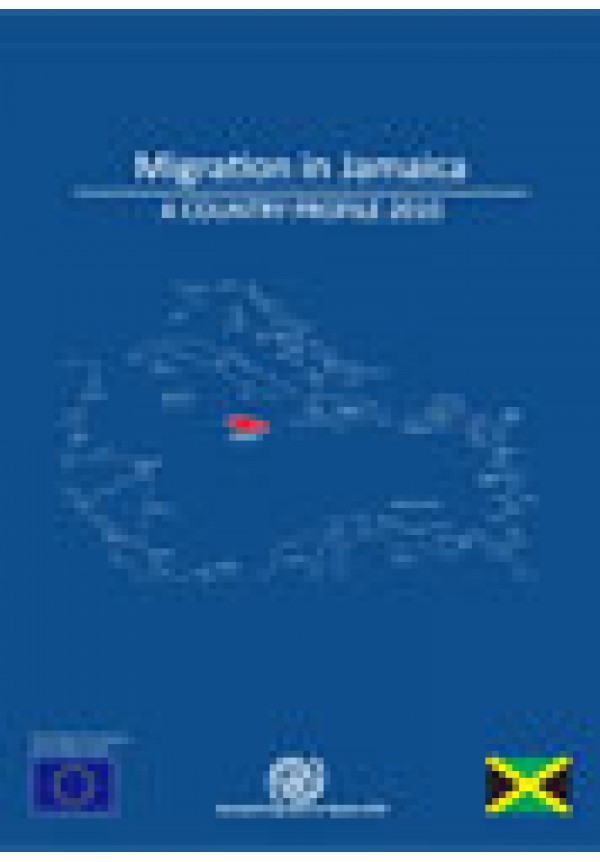 Migration in Jamaica: A Country Profile 2010

The types of migration included in the profile are: immigration of foreign-born nationals and return of Jamaican nationals, emigration; the international outward and inward movement of students, visitors, refugees and asylum-seekers, and irregular migrants. The period under review is 2000–2010.

Both women and men form part of long-term and short-term flows of labour migrants in all occupational categories. The implications for gender roles are complex. The high migration of women is especially associated with the negative effects upon children and elderly dependents left behind, despite the increased economic benefits of the remittances which typically are sent to support the family.

Remittances in kind and money are brought back or sent by migrants abroad, principally as personal obligations. Although the sums of money remitted are typically very small, the total annual amount is substantial and contributed 14 per cent of GDP in 2010. Remittances are mostly used for household and living expenses, thus alleviating poverty, while the amounts directed into saving and investment are generally low. The positive effects are derived from the promotion of Jamaica through popular culture which has benefits for trade in goods and services (including tourism), especially in the countries of the Jamaican diaspora. Negative effects relate to the culture of external orientation that migration has encouraged.

The main national plan currently guiding national development is Vision 2030 Jamaica. There are six agencies of government with prime responsibility for migration matters and the legislative framework underpinning Jamaica’s policies includes some eleven statutes currently in force which were enacted specifically to deal with migration.

The migration issues facing Jamaica are primarily related to: labour oversupply/under-absorption and mobility resulting in brain drain or waste; skill shortages; absentee parents; engagement of the Diaspora (skills and financial resources); and return and irregular migration (that is, deportees and trafficking in persons). The responsiveness of policy makers to these challenges has been uneven, and much more needs to be done to ensure that there is a positive interface between migration and development in Jamaica.