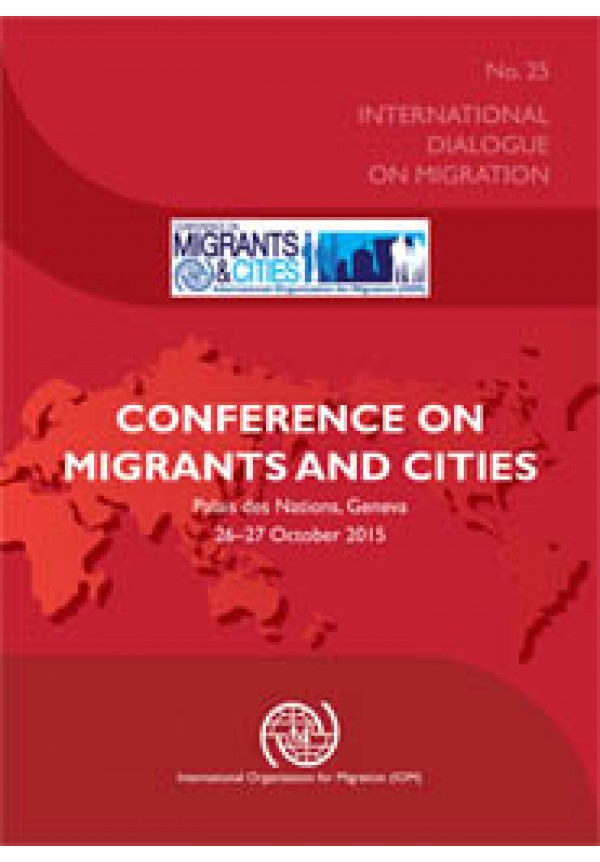 International Dialogue on Migration No.25 - Conference on Migrants and Cities

This publication contains the report and supplementary materials of the Conference on Migrants and Cities, which was held in Geneva, Switzerland, on 26 and 27 October 2015, within the framework of the International Dialogue on Migration (IDM), IOM’s principal forum for migration policy dialogue.

The conference, which is the second in a series of global conferences organized by IOM following the 2013 Diaspora Ministerial Conference, set a new framework for the global dialogue on migration by involving all levels of migration governance and in which local authorities were the main interlocutors. The event discussed the significant link between migration and cities and affirmed the key role local authorities have in the global migration governance.

By dedicating its major policy discussion forum to the topic of cities and their administrators, IOM wished to give local leaders ‒ who are at the heart of the implementation of migration policies ‒ a voice in the global debate on migration.

The conference confirmed that city authorities are indeed aware of, and attuned to, the needs of migrants and willing to formulate policies that respond to those needs. However, it also demonstrated that local government agendas do not necessarily consider migrants and their migratory realities. Inclusive local agendas ‒ which consider migrants and pay particular attention to those who are most vulnerable or marginalized ‒ can support smooth integration into society and allow migrants to be active agents in the planning and development of urban environments and activities.

Through the Conference on Migrants and Cities, IOM wants to draw on the knowledge of mayors and other local government authorities to identify effective migration policies and practices for urban environments, and thus obtain valuable inputs to important global processes, such as the implementation of the newly adopted Agenda 2030, the UN-Habitat III Conference, the forthcoming New Urban Agenda and the World Humanitarian Summit.