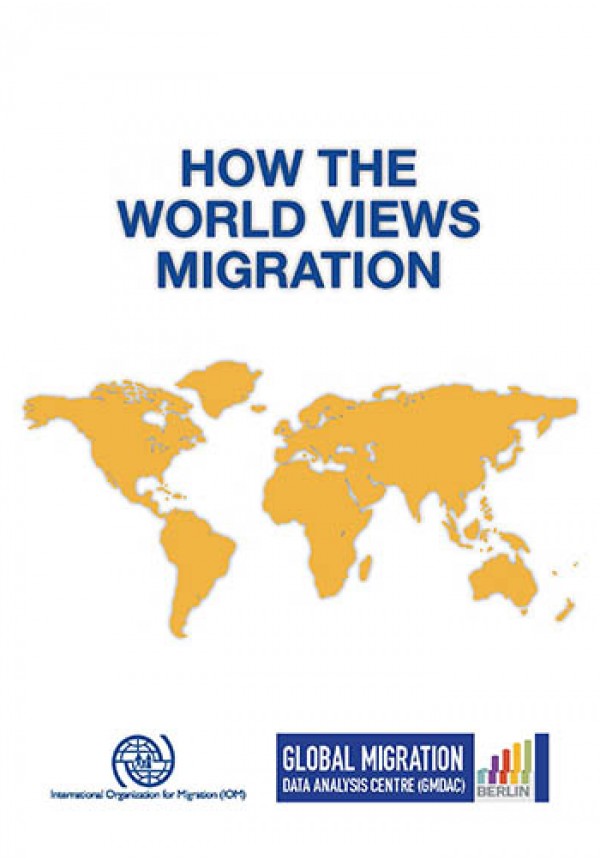 How the World Views Migration

How the World Views Migration provides, for the first time, an insight into public attitudes towards immigration worldwide. The findings presented in the report – based on interviews with over 183,000 adults across more than 140 countries between 2012 and 2014 – represent the first steps towards understanding the lenses through which people view immigration at a global level.

One of the key findings of the report is that in every major region of the world – with the important exception of Europe – people are more likely to want immigration levels in their countries to either stay at the present level or to increase, rather than to decrease. This contrasts with the negative perceptions of migration often portrayed in the media in certain regions of the world.

European residents appear to be, on average, the most negative globally towards immigration, with the majority believing immigration levels should be decreased. There is, however, a sharp divergence in opinions among residents in Northern and Southern Europe.

The report also shows that certain sociodemographic characteristics are more consistently associated with favourable or opposing attitudes to immigration. For instance, adults with a university degree are typically more likely than those with lower levels of education to want to see immigration kept at its present level or increased in their countries.

The full results from this report will be released for the first time at the Global Forum on Migration and Development summit in Istanbul, during a side event on 15 October. The presenters will also discuss the merits of how a regularly conducted global barometer of public opinion on migration could contribute to the dialogue about migration in relation to the United Nations Sustainable Development Goals.