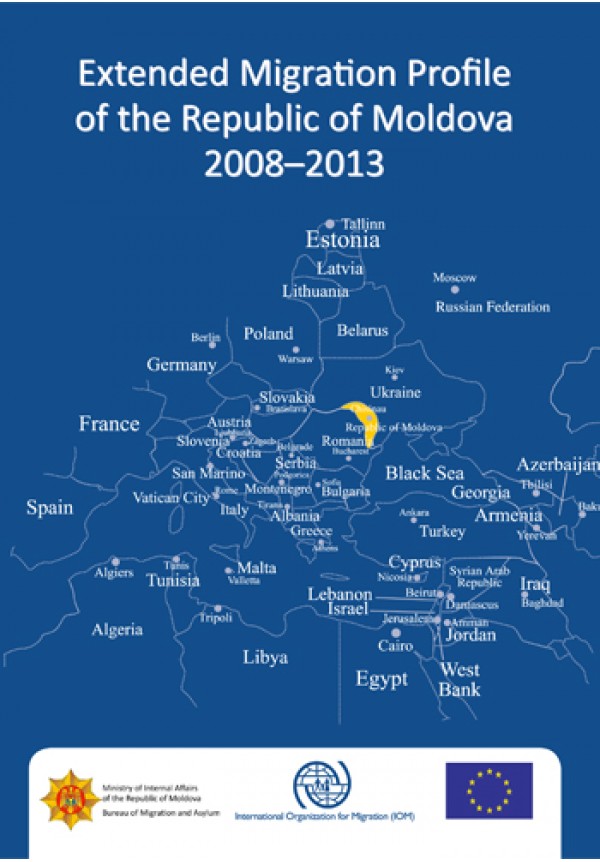 Extended Migration Profile of the Republic of Moldova 2008-2013

The analytical report represents a continuation of a complex exercise initiated in 2010: the Extended Migration Profile (EMP) of the Republic of Moldova. The first edition of the EMP analytical report covered a detailed analysis of migration data for 2005–2010, whereas its second edition covered the period from 2007 to 2012.

This third edition of the analytical report covers the years 2008–2013, and was developed by the Bureau for Migration and Asylum (BMA) of the Ministry of Internal Affairs of the Republic of Moldova. As designated by Government Decree No. 634 (as of 24 August 2012) on approving the EMP template and list of indicators, the BMA is the institution responsible for producing the EMP in close collaboration with IOM Mission to the Republic of Moldova.

The current edition of the EMP is a country-owned tool developed in consultation with a wide number of government and non-governmental stakeholders to be used for enhancing policy coherence, evidence-based policymaking and mainstreaming migration into national development planning.