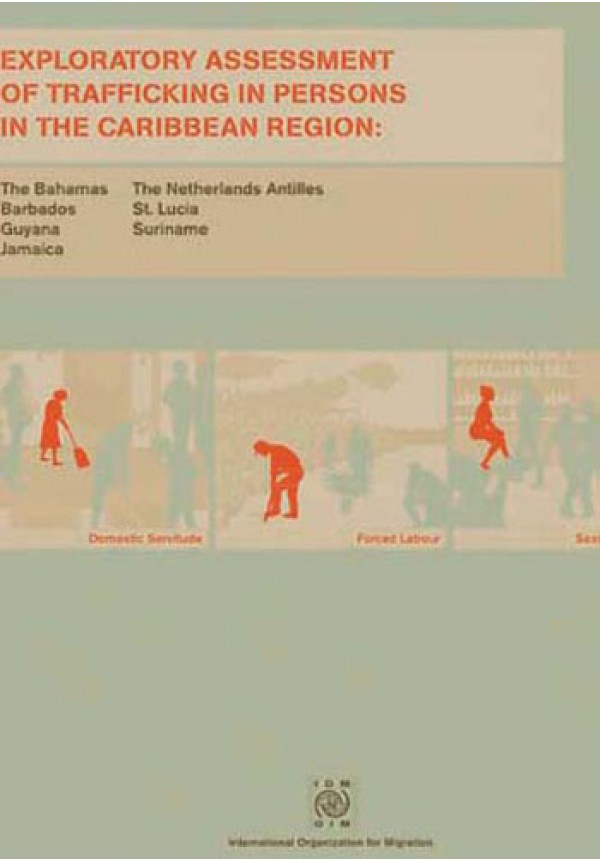 The information obtained during this research, while not allowing any overall estimates on the magnitude of the problem, referred to numerous concrete cases of both human trafficking and exploitation of persons working in degrading and inhuman conditions in all participating countries which included The Bahamas, Barbados, Guyana, Jamaica, the Netherlands Antilles, St. Lucia, and Suriname.

Victims of human trafficking in the Caribbean region were found to be men, women, boys, and girls from the Caribbean as well as extra-regional countries. These victims were found in multiple forms of exploitation including sexual exploitation, forced labour, and domestic servitude. While women and girls were found to be vulnerable due to gender based violence, discrimination, and sexual exploitation, boys were increasingly found to be at risk. Some boys living on the streets and were exposed to drug traffickers, while others were forced into sexual relationships with older men as a means of survival.

This research was primarily a qualitative exercise and was not intended to supply statistics as to the numbers of trafficking victims within each country, but rather to provide a starting point for the participating countries to examine the problem of human trafficking within their local context and to encourage dialogue about how to combat this crime within the Caribbean region.